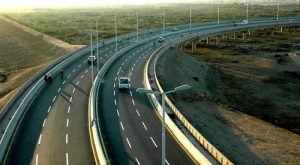 Due to its strategic placement, CPEC has put Pakistan at the core of regional integration, as it links South and Central Asia, and Middle East.

In a recent interview with the Chinese media, PM Shehbaz Sharif said that CPEC is continually growing to make quick and noticeable development in the region.

He also elaborated how CPEC has assisted Pakistan in reducing infrastructure and electricity constraints during the last decade. CPEC is a project that has helped create the groundwork for long-term economic modernization.

Since its inception in 2013, the China Pakistan Economic Corridor has been making leaps in terms of progress. During these last ten years, CPEC has provided a momentum for Pakistan to alleviate power and infrastructure bottlenecks, thereby laying the foundation for sustained economic modernization.

The PM also stated that his priority is the timely completion of ongoing CPEC projects that serve as the building blocks for Pakistan’s future agenda of bilateral economic cooperation.

He said, “The whole vision behind the development of CPEC was to enable Pakistan to play an optimal role in regional economic integration. As an international connectivity initiative, CPEC’s growth to connect markets within and across the region is the logical next step.”

CPEC is the gateway for enhancing the capacity for indigenous development for Pakistan.

It will put Pakistan in a position where the country’s unique role at the crossroads of major emerging markets will also benefit other allies, which is perfectly in-line with the win-win spirit that has always animated CPEC.