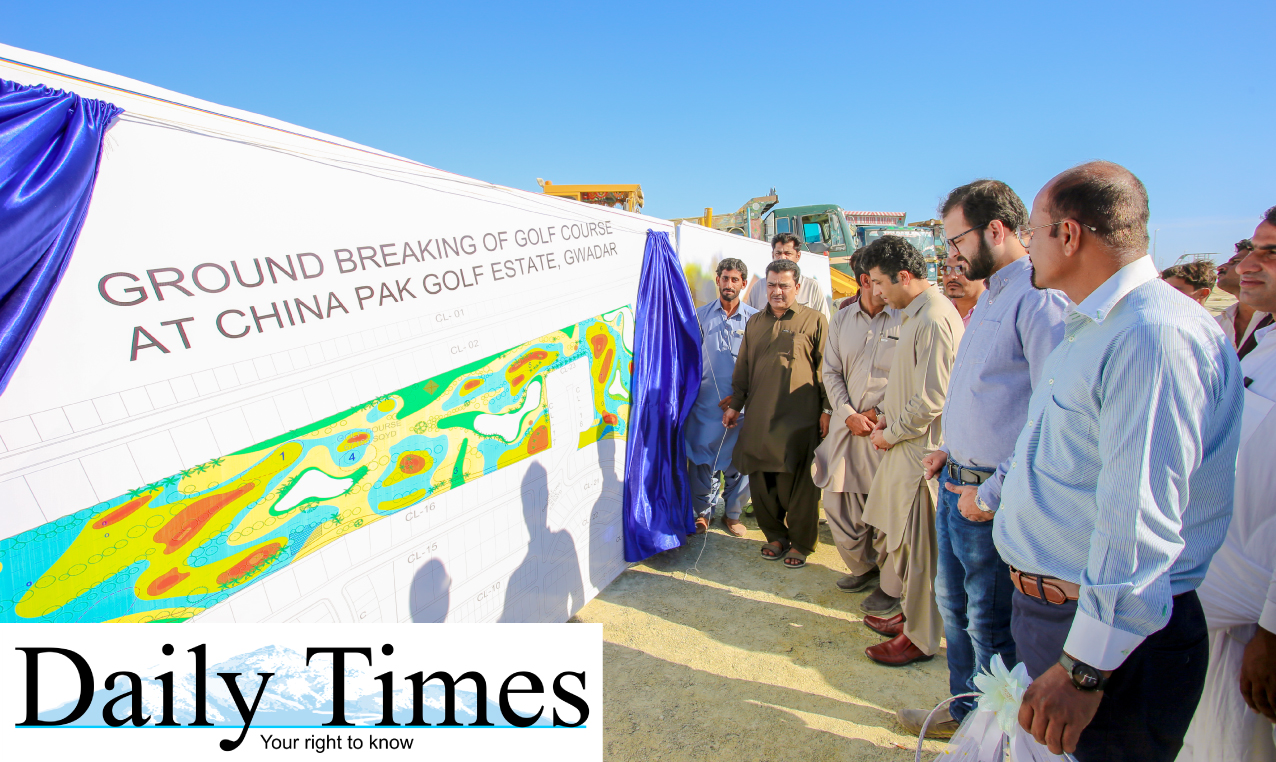 The inauguration ceremony was carried out on site by Shahid Ali Director, Gwadar Development Authority. Speaking on the occasion, he said,

“This is a very exciting time in the development of Gwadar.

Golf courses are an integral feature of international cities and the inauguration of this golf course at China Pak Golf Estates is a testament to Gwadar’s rapid development under the patronage of Chief Minister Jam Kamal Khan and Director General GDA Shahzeb Kakar, who have prioritised the cities development.

As the governing authority in Gwadar we recognise the private sectors potential and will support credible investors coming into Gwadar to be part of the cities rapid development”.

“We are leading the way in developing Gwadar. After finishing development and infrastructure works at our first project International Port City, development works are now underway at full speed at the mega China Pak Golf Estates project which is spread over 6.7 Million square feet.

As the city develops, China Pak Golf Estates will be the premier residential community in Gwadar and upgrading the golf course from a six-hole course to a feature nine-hole golf course is a testament of our commitment to excellence in Gwadar”.

The ground breaking ceremony was also attended by officials from the Gwadar Development Authority, including Nadir Baloch, Assistant Director GDA, along with local businessmen and officials from CPIC.

As featured in the following news publications:

Any cookies that may not be particularly necessary for the website to function and is used specifically to collect user personal data via analytics, ads, other embedded contents are termed as non-necessary cookies. It is mandatory to procure user consent prior to running these cookies on your website.