The test flight from the new Gwadar International Airport is set to be started in December 2022 as the construction work on site has been speeding up the progress. 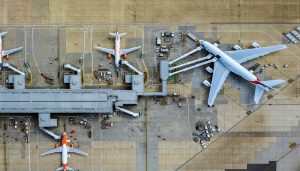 The new Gwadar International Airport (NGIA) would be made operational before the deadline which was September 2023, the official said. NGIA is being built with an area of 4,300 acres with a budget of $246 million.

The architecture of the New Gwadar International Airport (NGIA) is inspired by a rising Phoenix. It is Pakistan’s second greenfield airport built from scratch in a new location. With a 3,650-meter long runway, it is a Class 4F airport.

Construction of NGIA started in October, 2019. The entire project is being built by the state-owned China Airport Construction Company funded by a Chinese government grant. It was originally scheduled for completion in 36 months. The work was slightly delayed due to the COVID19 pandemic. It is now expected to be ready for trial flights in December, 2022.

Spokesperson for the project has stated that the authorities have been directed to strictly adhere to Gwadar Master Plan while carrying out development and other public welfare projects in the city.

The involved departments were working feverishly to complete infrastructure and development projects in Gwadar on schedule. He stated that there were numerous investment possibilities in every area and that a thorough plan will be implemented to attract investors.

The continuing progress on CPEC projects confirms the strong commitment of both the Chinese and the Pakistan government to move forward with their broad-based cooperation.